The Tuscan cuisine of the restaurant Da Nisio follows the seasons

The cuisine of the Restaurant Da Nisio is the typical Tuscan traditional cuisine which paramount features are the usage of seasonal food and recipes.

For example, the spring comes with the green of the asparagus and the artichokes, because like Renzo says: "You can only eat asparagus in this exact period of the year, beacause now you can find them in the countryside. If you come in two months you wouldn't find them in the menu."

Spring is also the season of the broccoli, and of rockets and salads, f the strawberries which are not only used in desserts but also in some more unusual and sophisticated recipes.

During the summer we usually use fruits and vegetables in the antipasti (starters)as well as in desserts, where they get transformed into small little colorful and tastful semifreddos.

We use typical products of the San Gimignano area, like the saffron and the vegatables you may find in the garden during that period, like for example zucchini and courgette flowers, fresh basil and tomatoes. Or you may have egg plants, that instead of the traditional, yet heavy parmigiana, can be cooked following Tuscan recipes revisited in a modern way, so that they will be more easy to digest but still juicy.
During the summer, of course we keep cooking the meat, but paying more attention to cook it in a light version - as Renzo says. 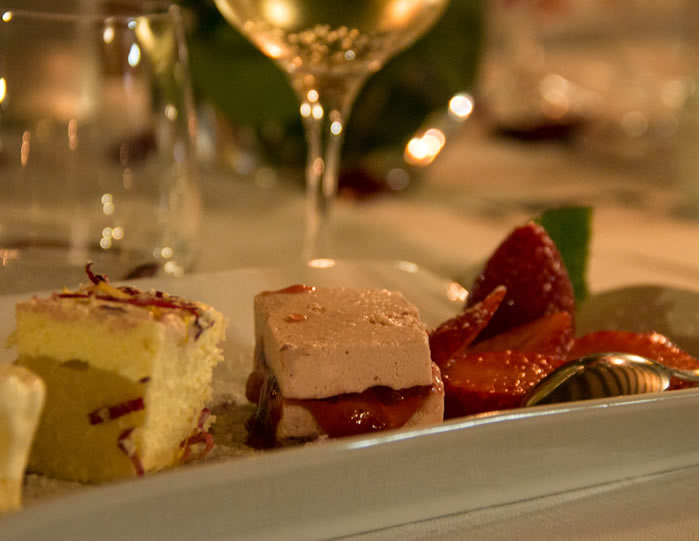 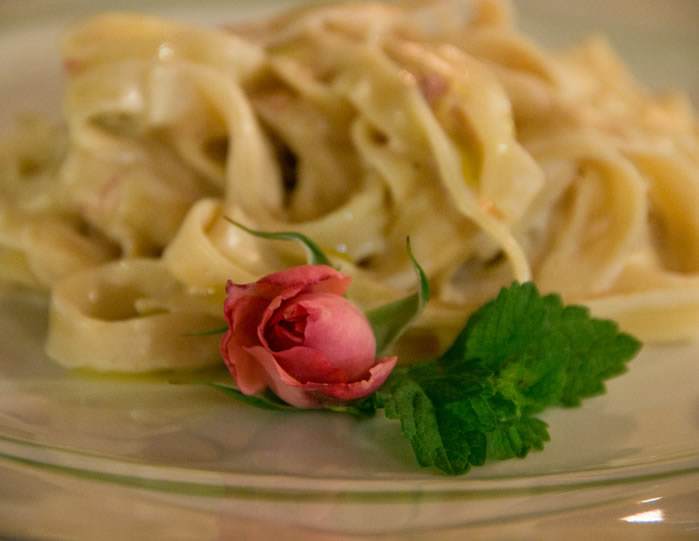 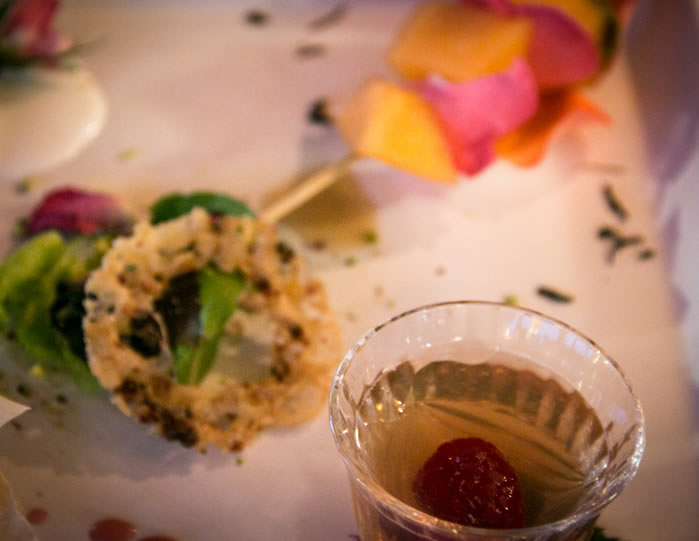 During the autumn, on the other hand, you may think about tasting the old famous Tuscan recipes that are capable of making delicious meats and delightful wild game. .

In particular, during this time of the year, the menu populates also of unusual dishes made with figs, chestnuts and so again, seasonal fruit and vegetables.

During the winter the wild game really has its moment of glory: stews, casseroles and roasts of wild boar, duck and so on that are cooked on wooden embers, so that the meat intead of losing its aroma and flavor, would get the nice scent of the herbs with which it share the firebrand.

During this season we are used to put the pans on the low fire, while some out of menu dishes keep have enough time and to slowly simmer and get their right taste. For examplel the trippa, needs a lot of time to get cooked and a right publick as well, as its appeareance shows both a great taste and the real peasant Tuscan tradition. 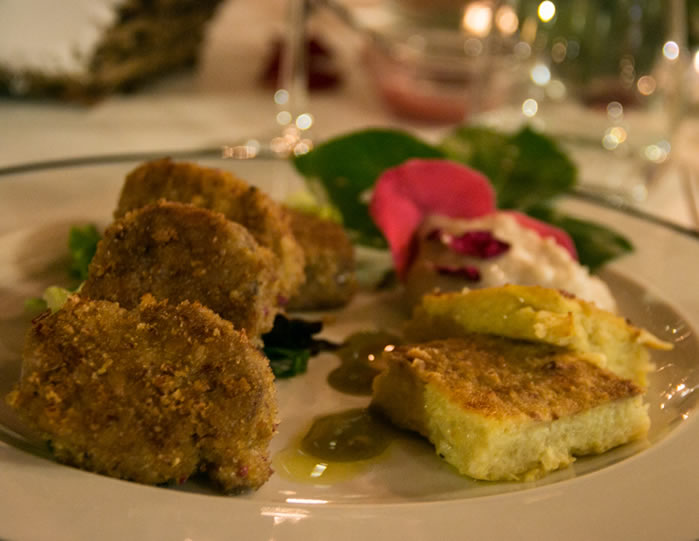 During the winter also the desserts put on a heavy tasty coat, where the taste is more complex yet savoury with creams and lukewarm chocolate.

The fact is that in the cuisine, especially if you're greedy it's hard to choose, so, often, instead of just taking one dessert, our customer prefer to try a selection of desserts where you'll find both sour and sweet.

In other words, cooking for us ia a real passion: whether it is the classical Tuscan cuisine, or more unusual recipes that mix the tradition of San Gimignano with a modern touch.